Baby sleep: the biology behind bedtime

When it comes to a settled night’s sleep for your small, there are two important hormones to know about.

Remember, short frequent naps and inconsistent nights are natural until your baby is around six months when their sleep system is fully established.

The magic of melatonin

At around six months old, your small’s sleep system is up and running meaning they produce melatonin on a 12 hour sleep shift:

A likely cause of your small not going to sleep or waking in the night is over-tiredness. When your baby is over-tired, a stress hormone called cortisol is released by the body. With higher levels of cortisol, your baby switches into high-alert mode to prevent them from danger. This means your baby wakes, even though they are tired.

Fact: Once your little one produces cortisol, they can take six times longer to settle to sleep.  That’s is a good reason to ensure your small doesn’t get over tired.

So what are the signs that your small may be over-tired:

Balancing these two hormones is the first step to getting a settle night’s sleep. Control the cortisol and take a cue from their melatonin, and you’re over halfway to a settled night’s sleep.

The best way to prevent over-tiredness at night is by getting on top of daytime naps. Rather than having scheduled nap times, it is best to work around when your baby wakes up. For example, if your little one has woken up earlier than usual, their nap times will need to be earlier than normal too.  The timings and number of naps needed are dependent on your baby’s age, but here is a guide.

Pushing bedtime too late can quickly undo all your good work of controlling the cortisol during the day and ideally your small is settled to sleep when their melatonin is at its peak. Here is my guide to best bedtime by age.

If your small is battling bedtime try bringing their bedtime earlier; Just 10 -15 minutes can make such a positive difference to how they settle to sleep, their night sleep and the time they wake up.

Meeting your small’s emotional needs at night is never spoiling them or creating bad habits but try to be mindful of what they’re communicating to you. If they aren’t asking for support try to give them the sleep space they’re asking for.

After midnight melatonin levels decrease and sleep is gets lighter. It’s natural that your little one may look awake, unsettled or restless but this is all perfectly natural and it doesn’t always mean they need support from you

Visit Care It Out® for more information and free video to get you started.

Kerry Secker’s Ecourse on bedtime basics for under 18 months is now available. The Care Care It Out sleep show podcast is also now live with new episodes fortnightly. 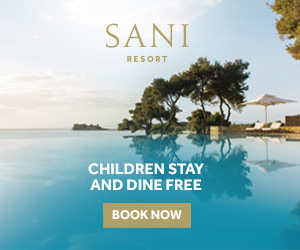 Supporting your baby if they wake at night

Baby sleep: the biology behind bedtime