10 things only weaning parents know to be true

You’ve just perfected milk feeds (you can literally do them with your eyes closed!) but now it’s all change once again as you enter the world of weaning!  Whether you’ve made a conscious choice to start, or one day your little one grabbed your lunch off your plate, it’s time to get prepared for your weaning journey. We asked the mums and dads in the Annabel Karmel offices what they wish they had known before they started weaning and here’s what they said.

1. The phrase “Don’t play with your food” loses all meaning 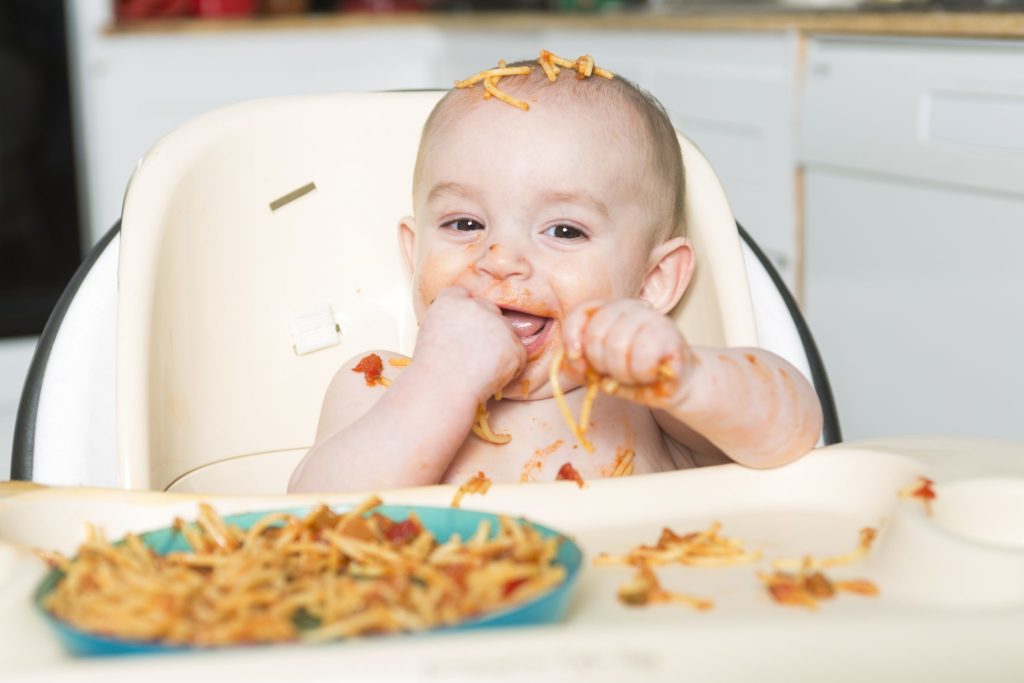 Whether you’re going down the baby-led weaning or traditional weaning route it’s time to start playing! As grown ups we know that it’s probably not acceptable to squish our entire hand in to a bowl of mashed potato because it looks like it would feel nice. We also don’t put brand new iPhones in our mouths, like babies do with their toys, to find out what they are. But when babies are faced with something new they tend to use all their senses to explore their fascinating new find. Food shouldn’t be any different. Let your little ones play, engage and enjoy their food (although maybe not in that lovely new outfit you just got them!). 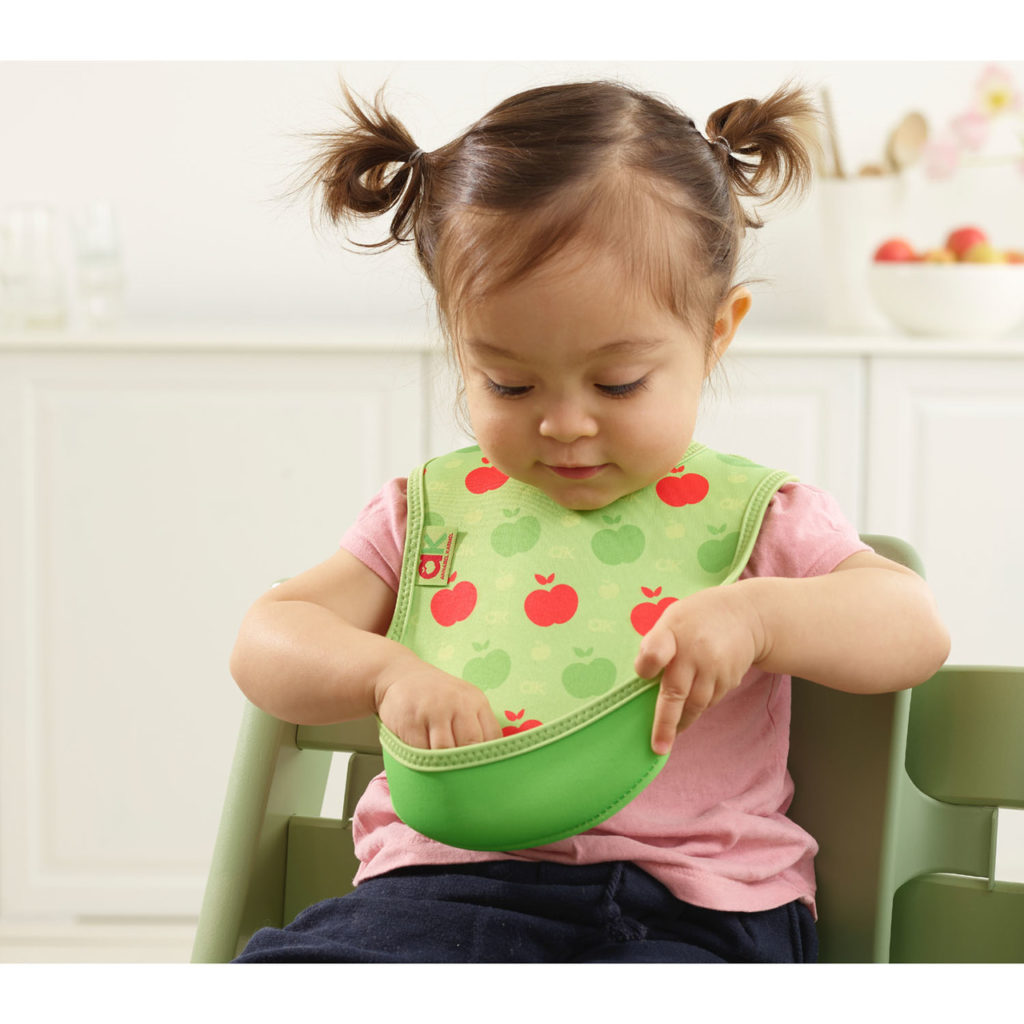 Who knew a tiny baby with a tiny bowl of food could cause so much destruction! They are coated in pasta sauce; it’s in their hair, their faces are smothered, it somehow got on the dog who’s trying to eat eat up the mess on the floor (which is actually quite helpful!), and once you’ve managed to clean it all up you’ve somehow found even more in their nappy! Prevention is definitely better than the cure in this case. Start by laying down a shower curtain or splash mat under the high chair to protect your floors, invest in a good bib, pelican bibs with a fold out pocket can catch the food that that doesn’t quite reach its destination, and think about the crockery you use- suction pads and non-slip mats can make a big difference. And don’t start cleaning until the meal’s over- it’s a battle you won’t win!

3. You might have to tell a few white lies 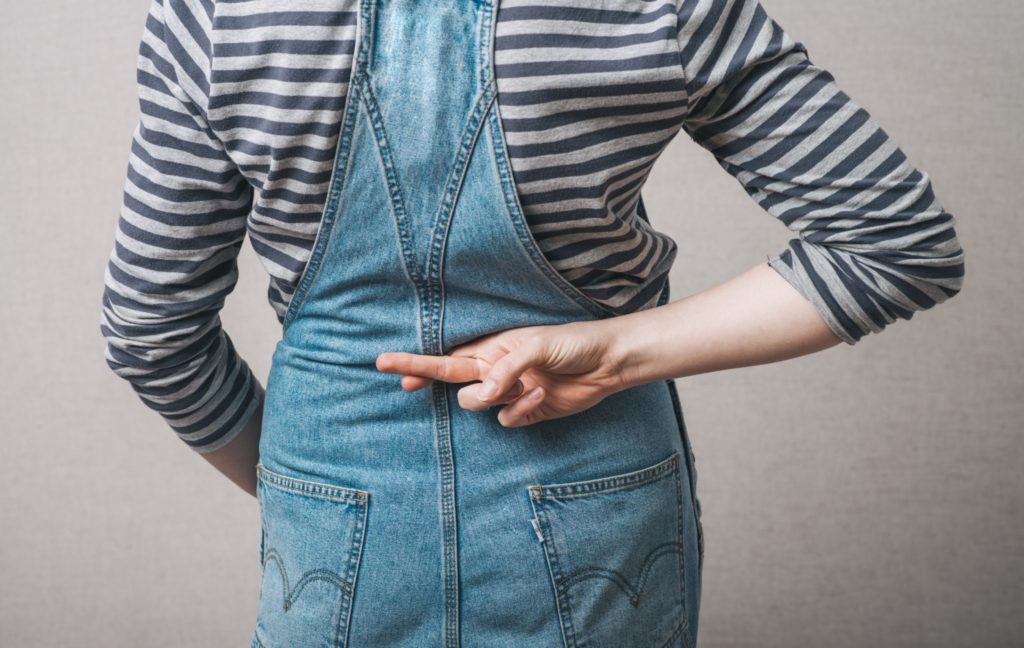 If you’re trying to move away from breastfeeding you may find yourself telling a little lie here and there- “The milk’s all gone” seems to be a common one! 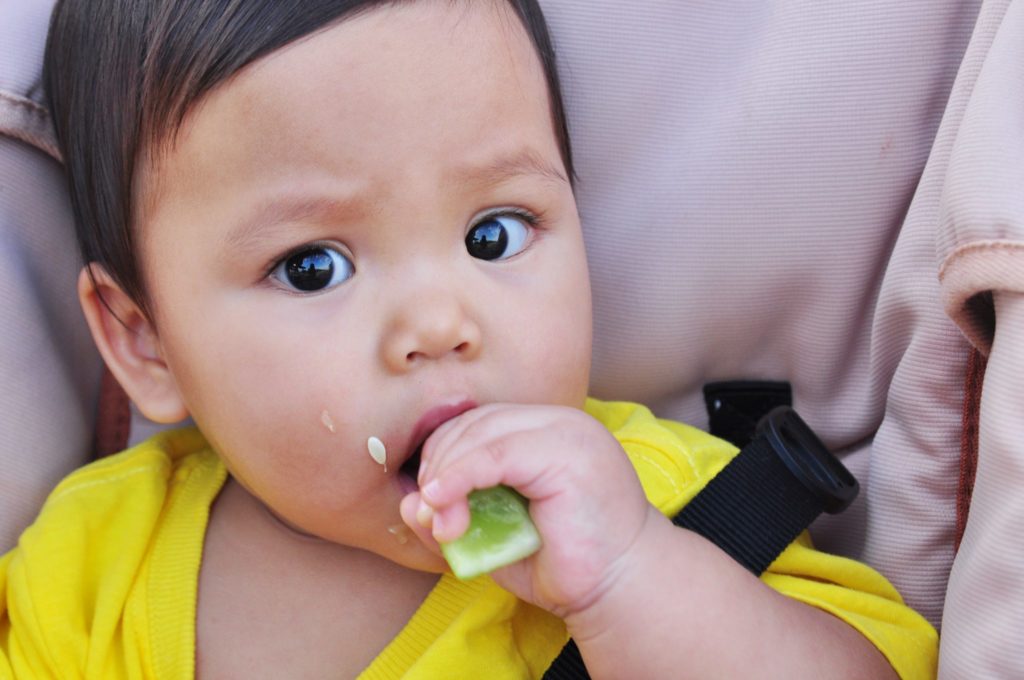 Most babies will cut their first tooth between 4 and 12 months. The pain can disrupt your new routine and your little one may lose interest in eating. But food can actually help when it comes to weaning. Cold foods, such as pieces of cucumber that have been cooled down in the freezer can soothe the gums, whilst hard foods such as a finger of toast can help relieve the pressure when your little one bites down hard.

5. The contents of a nappy are really interesting 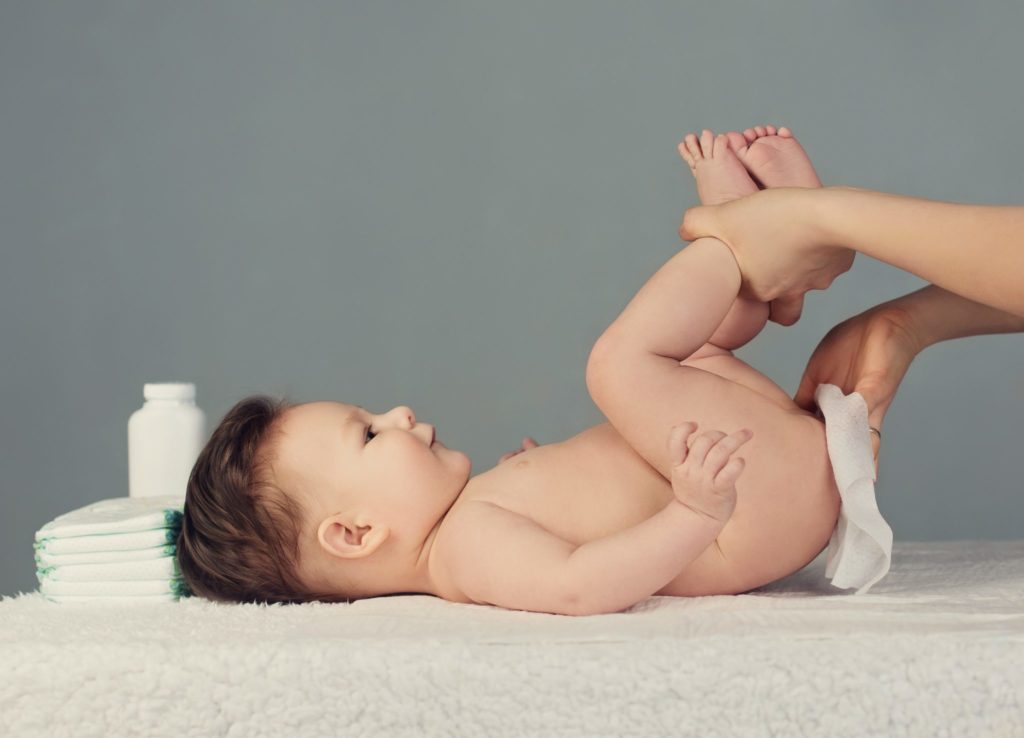 No one wants to be the parent who talks about poo all the time, but things just got interesting down there! It’s happening less frequently, the consistency is completely different and now you’ve found a whole raisin! Don’t panic, undigested food is quite normal. Most babies don’t have very many, if any, teeth when they start weaning and so they don’t chew their food, it can also mean that they’re not ready to digest a particular food.

6. It can be an emotional time 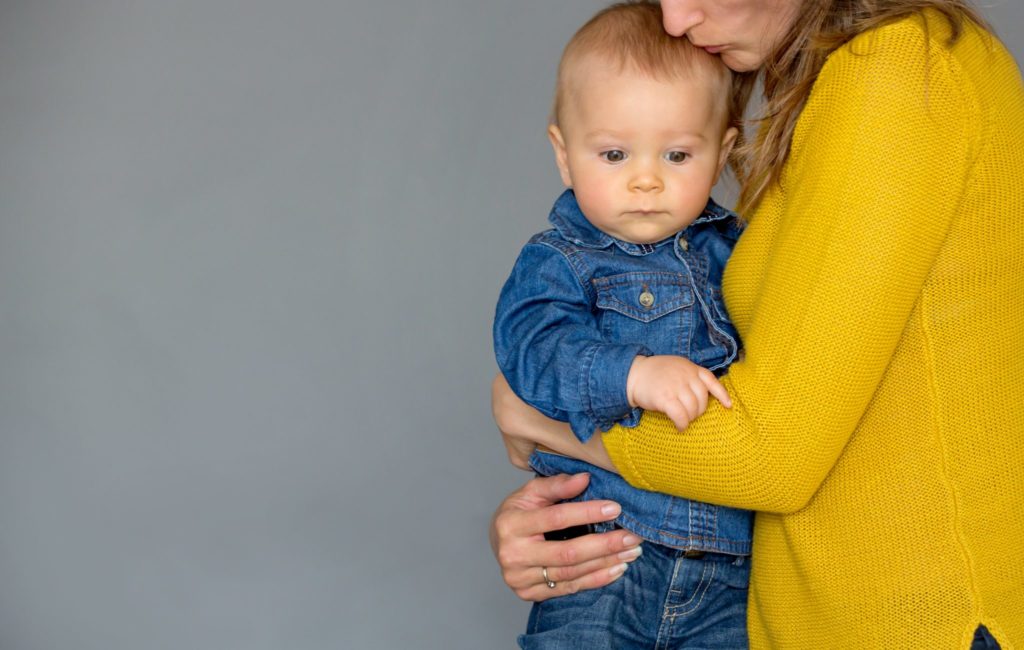 Weaning can be a complicated time. If your baby has lost interest in breastfeeding and is looking for food you may feel rejected- even though you know it’s not personal! It can also cause hormonal changes which seem to come along with everything to do with pregnancy and babies! A change of routine and diet can be confusing for everyone at first and may mean that sleep schedules are affected. Try to stay positive and reach out to frends and family for support.

7. You used to cook with so much salt 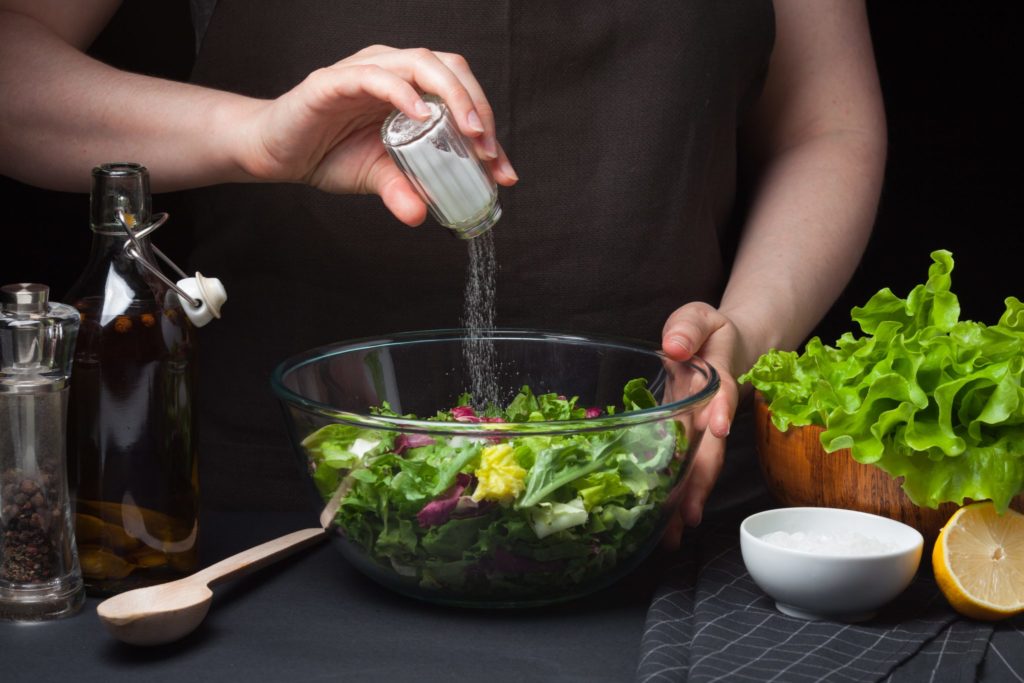 It’s only when you become conscious of not giving salt to babies and start cooking without it that you realise just how much you used to use! There’ll likely be a few head scratching moments when you can’t figure out what’s missing from your sauce or work out why that avocado doesn’t taste as good as usual before you realise it’s the salt. Salt isn’t great for any of us but it’s really not good for babies- be careful with stock cubes and gravy powders too as these often have a high salt content.

8. You’ve got a bit more freedom 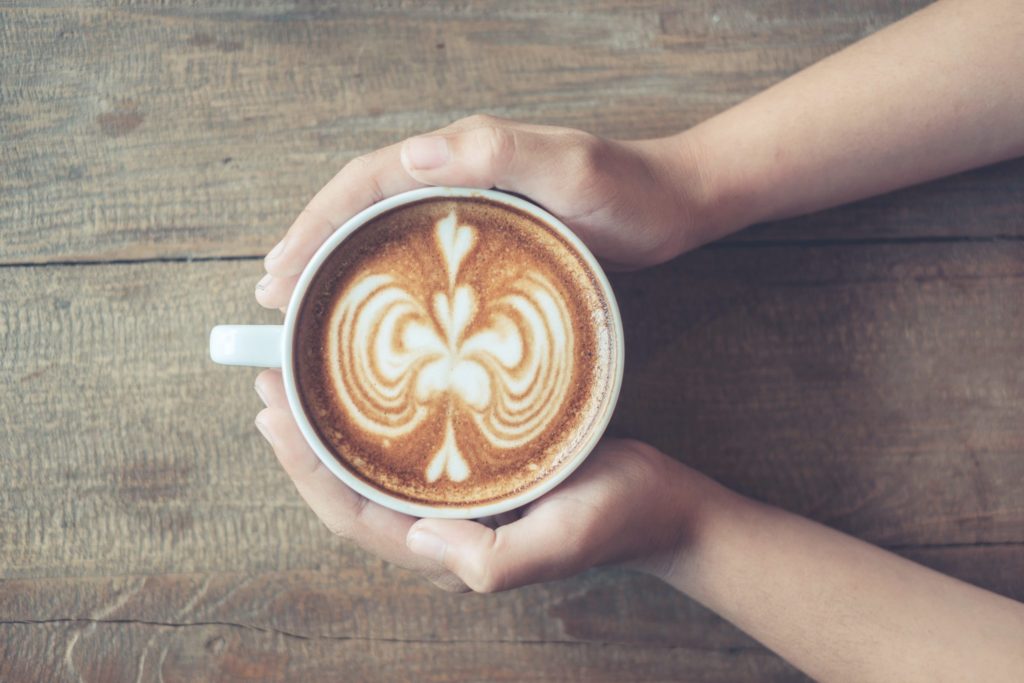 If you’ve been breastfeeding, this may be the first time in a few years that you don’t have to think as much about how the effects of what you eat (and drink!) can directly impact you’re baby. No one’s saying wash down an entire cake with two bottles of wine, but it can be a relief to some mums to be eating for one again. If you’ve been bottle feeding you may also find a greater sense of freedom as you can grab a pouch of baby food or some baby-led weaning staples and head out the door without wondering where and when you’ll be able to warm a bottle. You may feel that you’re more comfortable leaving your little one with friends and family as others can take on more feeding responsibilities. 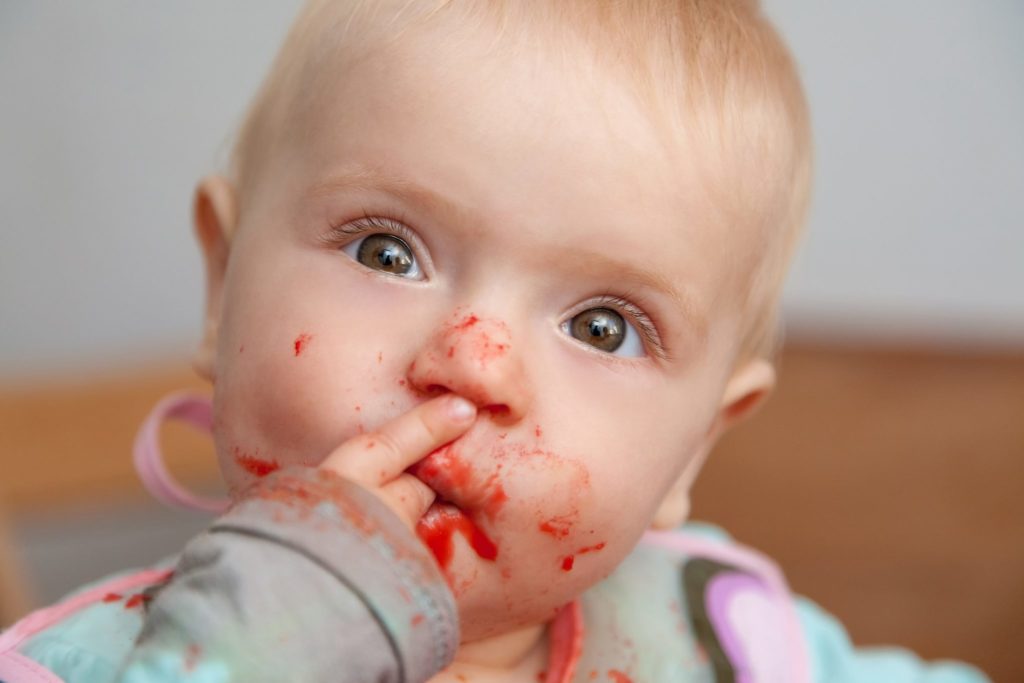 Solid foods can be daunting but they’re usually more daunting for parents than they are for babies. Whether it’s a toy, their own fist or a finger of toast it’s going in their mouth and it may cause them to gag. The first time you heard this you may have panicked but by the 20th time you’ve started to realise it’s not so bad! Make sure you always supervise your baby when you’re feeding them and avoid foods with a high choking risk such as whole grapes, berries and nuts. Baby First Aid courses can be really valuable at putting your mind at ease and preparing you for if the worst happens.

10. Everyone has an opinion 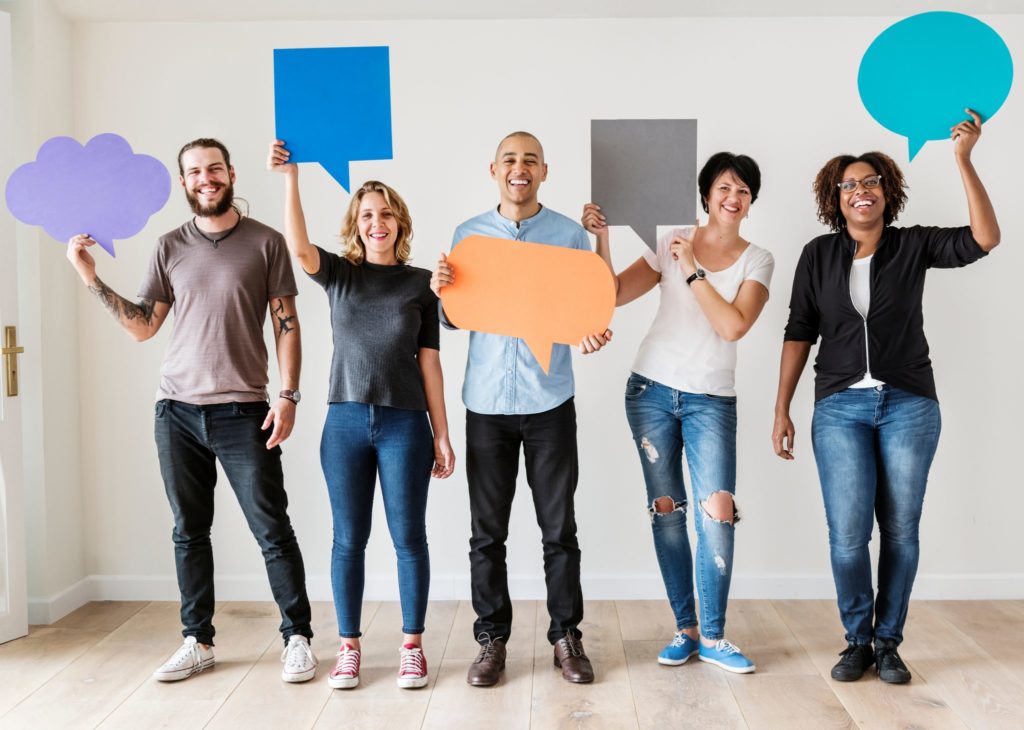 As with a lot of aspects of motherhood, every one has an opinion on weaning. From the obvious suspects (your mother never did it like that and you turned out fine!) to the man sat next to you on the bus you’ll be hearing conflicting and often unsolicited feedback on your feeding left, right and centre. There is no one-size fits all approach to weaning, it varies between households and even between siblings. What’s important is that you and your baby are happy and healthy. Read up on traditional weaning and baby-led weaning from trusted sources so that you feel confident in your choices. And don’t worry about changing your mind or your plans, life with a baby is never predictable.